skip to main | skip to sidebar

One of the activities that has been done both times I have been at girl's camp is Water Games. My friend, Cynthia, has been in charge both times and has come up with some really fun things.
This year, the first thing was a relay race where the girls had to blow up a balloon, run down to one of two little boats that were filled with water. They had to sit on the balloon to break it and run back before their team member could leave.
It was hilarious to watch. A lot of balloons got away on the first try.

Another escapee balloon.
It took several tries for this girl to get her balloon to stay in!
The next thing was another relay with three teams. The girls had a number 10 can that had a bunch of holes punched in the bottom. The first girl had to fill it up and pass the leaking can over her head. The girl who took it had to pass it between her legs. Back and forth to the end of the line. At the end of the line, the last girl had to run and dump what water was left into 5 gallon bucket and then run to the front of the line. After a given time, whomever had the most water in their 5 gallon bucket one.


A team celebrating their win.
The next relay, the girls took large sweatpants and had to dunk it in a tub of water. Without wringing it out, they had to put them on over their clothes and shoes and run down to where their team was. Then pull off the pants and hand the same pair to the next person.

Then the frozen t shirt event. The girls took a t shirt the night before and got it sopping wet. They had to tie it and wad it up. Then they were frozen solid. So in this event, the winner would be whatever team was able to get their t shirts defrosted enough to put on first.  All sorts of methods were tried to defrost the shirt. Lots of body parts were tried to assist. Here is the mouth method.
Here a girl has it in armpit. Trying to get the shirts unknotted was pretty hard. They were all pretty frantic trying to do something to get them defrosted.
Here she is trying to using her legs to defrost it. Behind her people are trying to use puddles on the ground.
Finally the knot is out, but it is still pretty frozen.
Somehow, beating the shirt on the tree seemed like a good idea too. One of the leaders watching, said it looked like an insane asylum! It was pretty hilarious. A side effect of all this shirt abuse, was all the shirts ended up with holes in them.
The girl in the green shirt is the first one to get her shirt on. She actually ran to the bathroom and used the hot water. They hadn't specifically said it was against the rules...
Lots of team work invovled.

Here is the winning team with all their t shirts on.
The final game was another relay. Had to jump rope three times with a cup of water in your hand. Then dump what was left in a bucket. Again, the most water won.
At the end was a generalized water fight!
Posted by Suzanne Barker at 9:41 PM

fun pictures -- that was a fun afternoon. I'm glad I wasn't a cabin mom with the girls going back to the cabins with wet clothes and muddy shoes.

It appears that a GREAT time was had by all, including the camp nurse! 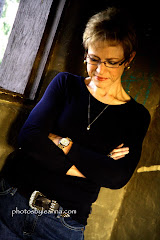 One of my good friends just started a blog and I didn't really get it. I have kept a journal for years and was not sure that a more "public" journal was something that held any interest for me. I have found, however, that I have enjoyed reading her posts and commenting on them. I have started reading other blogs and am finally coming "up to speed" and seeing some value in the process of sharing thoughts in a way that is unique from both conversation and journaling but somehow a combination of both. Welcome to my blog!

Suzanne Barker
Phoenix, AZ, United States
I am a 50 something, never married medical professional. Love plants, animals, books, art, crafts and friends, not in that order. I have 2 dogs and 2 cats